Apologizing for things done in the name of Islam.

Meanwhile, many true experts on Islamic matters, including my former professor Tariq Ramadan, spoke out condemning Daesh. He wrote on his Facebook page (I am giving a translation of a text he gave in French):

“Jihadists ... For who? For what? There were several in the plane that led from Morocco to Turkey, then to Syria. They had been recruited, confident, indoctrinated and they wanted to go fight for "the cause." Upon arrival on the field, they were separated and distributed in different groups. Ostensibly for security and anonymity ... A few days later, in the heat of battle, two young fighters who had arrived from Morocco recognize each other. They fight, sure, but in two opposite camps...! One had to kill the other while they were both fighting "for God, justice and freedom." They decided to withdraw from this madness. Together, they found a way to escape and to pass the border. They were returned to Morocco where they are now imprisoned. Madness, propaganda and endless shadow areas. These horrors, these fools in "jihad" calls are to condemn, and also are to be condemned to the source, manipulation, propaganda networks and death. This is chilling.”

Obviously, many more Muslims have condemned the doings of Daesh. We may know about the initiative of some British Muslims to condemn Daesh (#Notinmyname: http://www.youtube.com/watch?v=wfYanI-zJes).

Now, the big question: should Muslims be asked, pushed to apologize for what Daesh is doing in the name of what it calls Islam? On the Huffington Post website, Jaweed Kaleem, a national religion reporter for The Huffington Post, wrote an interesting article with this title: Here’s Why these Muslims Are Refusing To Criticize ISIS: (http://www.huffingtonpost.com/2014/10/06/muslims-condemn-isis-debate_n_5927772.html).

In that great article, Kaleem gave divergent points of view of some Muslims:

There's a fine line between apologizing for ISIS and proactively contradicting false narratives about Islam," said Qureshi, who serves on the board of directors at several faith-based organizations. "We are at a point in time where we have to bear the burden of wide-scale fear and misinformation about our faith and the cultures of many of the people who practice it … I quite literally view it as our jihad." For other Muslims, it's simply a religious obligation to condemn extremism."The prophet, peace be upon him, said the entire [Muslim world] is one human body. If one does something bad, it affects everyone. That's why it's our duty to speak out," said Imam Shafayat Mohamed, who leads the Darul Uloom mosque in Pembroke Pines, Florida. "It's not optional."

I may have a personal point of view, but I want it to be enlightened and enriched by yours. That is why, as my blog suggests by its name, I would like to start a dialogue on this burning issue. You are strongly invited to comment on this. You are allowed to be passionate, challenging but not offensive. 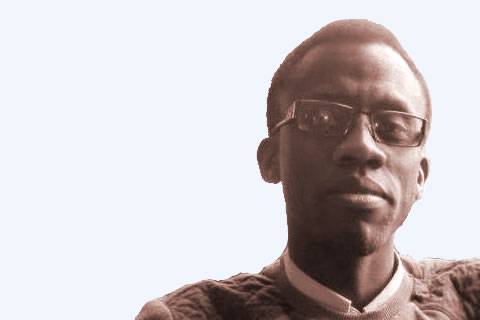